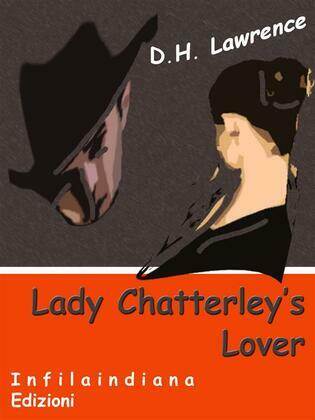 Lady Chatterley’s Lover (1928) narrates the story of the relationship, physical and emotional, between Oliver Mellors, a working-class man, and Lady Constance Chatterley, an upper-class woman. Lawrence describes the importance of cohesion between two element in a relationship: the mind and the body, the spiritual and the physical love. For its explicit description of sex the book soon became notorious, but an integrally edition not censured appeared in the United Kingdom only in 1960.

David Herbert Lawrence was born in England (Eastwood, Notthingamshire) in 1885. He was a novelist, a poet, a literary critic and also a painter. In his work Lawrence explored the effects of industrialization, emotional health, instinct, but he was not always appreciated; often his public reputation was that of a pornographer. Probably for this reason, after the terrible war years, he spent much of the second half on his life travelling, in a voluntary exile (his “savage pilgrimage”). He wrote novels like Sons and Lovers (1913), The Rainbow (1915) and many others, but also short stories and poems. He died in Vence (France) in 1930.