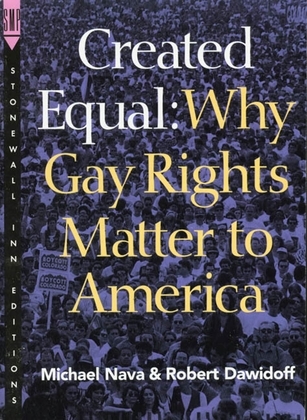 Why should Americans who are not gay care about gay rights? In Created Equal, Michael Nava and Robert Dawidoff argue that the movement for gay equality is central to the continuing defense of individual liberty in America. Beginning with an examination of the determined assault on gay issues by the religious right, the authors show how this sectarian movement to legislate private religious morality into law undermines the purpose of American constitutional government: the protection of the individual's right to determine how best to live his or her life. The book starts from the premise that gay men and lesbians are, first and foremost, American citizens, and then looks to what rights belong to every individual American citizen, arguing from the Declaration of Independence and the Constitution. Addressing their argument to the great majority of their fellow Americans, Dawidoff and Nava emphasize that what is at stake is not the fate of the gay community, but the future of constitutional principle and the rights of free individuals in American society.