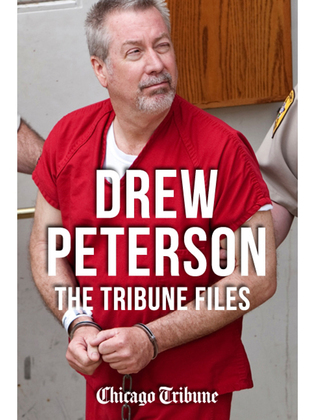 Drew Peterson: The Tribune Files: The True-Crime Story of the Wife-Killing Cop

In 2004, Kathleen Savio, the third wife of Bolingbrook, Illinois, police officer Drew Peterson, was discovered dead in a bathtub from an apparent drowning. Her death was deemed accidental—at first. In 2007, following the disappearance of Peterson's fourth wife, Stacy, officials reopened the Savio case with Drew as the primary suspect.

The Drew Peterson Story: Ripped from the Headlines is a true-crime ebook comprising actual Chicago Tribune articles. By compiling years of original reporting in chronological order, this book preserves the shock of each sordid twist in real time as the story grew from a local curiosity into a national phenomenon (complete with a made-for-TV Lifetime movie starring Rob Lowe).

This book captures every detail of the murders and the surrounding media circus, from Peterson's bizarre reality TV stint as a celebrity criminal, to the chilling courtroom testimony of Peterson's brother as he unwittingly assisted with the disposal of a human body. Special attention is paid to the trial itself, which broke legal ground when hearsay testimony from Peterson's fourth wife, recorded before her disappearance, was allowed as evidence. The Chicago Tribune's award-winning staff possesses the unique perspective of having covered this case from beginning to end, and the most fascinating pieces have finally been curated into a single collection of the gruesome facts.