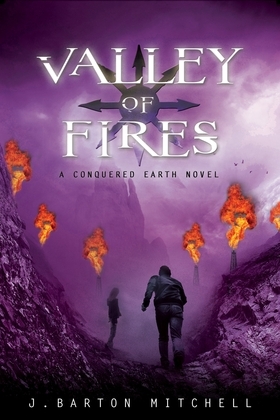 J. Barton Mitchell's sci-fi tour de force Conquered Earth series concludes as the characters try and unite Earth's disparate survivors to overthrow its alien invaders once and for all.

The Severed Tower is no more. Zoey has been taken by the Assembly, and time is running out. Just as their feelings are finally out in the open, Holt Hawkins and Mira Toombs are forced apart onto individual quests to try and unite Earth's survivors against their alien invaders.

Mira ventures west, holding together a fragile coalition of Wind Traders, White Helix, and rebel Assembly, a mix of groups that do not trust the other. The voices of the Assembly in Mira's head threaten to drive her mad, and she soon learns a grim reality: that the one resource they have on their side, the Strange Lands artifacts, are dying, and soon the world will be a very different place.

Meanwhile, Holt travels with Ravan and Avril to Faust, the dangerous desert city of the Menagerie pirate guild. He goes not only to resolve his issues with Tiberius, its tyrannical leader, but to enlist the Menagerie in the fight to save Zoey. Except Tiberius has his own problems. The Menagerie is splintering, word of rebellion is spreading. If Holt wants their help, he might have to side with his greatest enemy in exchange.

Valley of Fires is the final installment in J. Barton Mitchell's Conquered Earth series, following Midnight City and The Severed Tower, and it brings the genre-bending series to an utterly unforgettable close.