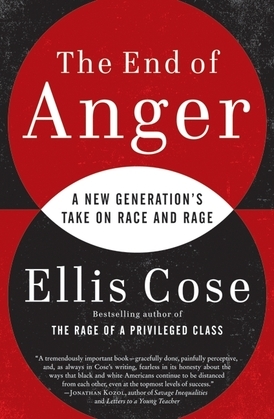 The End of Anger: A New Generation's Take on Race and Rage

“The most authoritative accounting I’ve seen of where our country stands in its unending quest to resolve the racial dilemma on which it was founded.”
—Diane McWhorter, Pulitzer Prize-winning author of Carry Me Home

“The End of Anger may be the defining work on America’s new racial dynamics.”
—Anthony D. Romero, Executive Director of the American Civil Liberties Union

Ellis Cose is a venerated voice on American life. With The End of Anger, he offers readers a sharp and insightful contemporary look at the decline of black rage, the demise of white guilt, and the intergenerational shifts in how blacks and whites view and interact with each other. A new generation’s take on race and rage, The End of Anger may be the most important book dealing with race to be published in the last several decades.