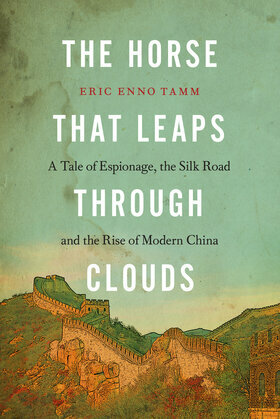 The Horse that Leaps Through Clouds: A Tale of Espionage, the Silk Road, and the Rise of Modern China

by Eric Enno Tamm (Author)
Excerpt
Nonfiction History History by country Asia China
warning_amber
One or more licenses for this book have been acquired by your organisation details
On July 6, 1906, Baron Gustaf Mannerheim boarded the midnight train from St. Petersburg, charged by Czar Nicholas II to secretly collect intelligence on the Qing Dynasty’s sweeping reforms that were radically transforming China. The last czarist agent in the so-called Great Game, Mannerheim chronicled almost every facet of China’s modernization, from education reform and foreign investment to Tibet’s struggle for independence.

On July 6, 2006, writer Eric Enno Tamm boards that same train, intent on following in Mannerheim’s footsteps. Initially banned from China, Tamm devises a cover and retraces Mannerheim’s route across the Silk Road, discovering both eerie similarities and seismic differences between the Middle Kingdoms of today and a century ago.

Along the way, Tamm offers piercing insights into China’s past that raise troubling questions about its future. Can the Communist Party truly open China to the outside world yet keep Western ideas such as democracy and freedom at bay, just as Qing officials mistakenly believed? What can reform during the late Qing Dynasty teach us about the spectacular transformation of China today? As Confucius once wrote, “Study the past if you would divine the future,” and that is just what Tamm does in The Horse that Leaps Through Clouds.
Format
EPUB
Protection
DRM Protected
Publication date
April 10, 2011
Publisher
Counterpoint
Page count
512
ISBN
9781582438764
Paper ISBN
9781582437347
95123
item