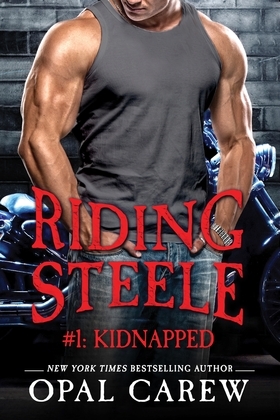 In the arms of an outlaw, she found the freedom to live out her wildest fantasies. Don't miss this scorching new six-part mini-series from New York Times bestselling author Opal Carew!

When Laurie is kidnapped by bikers, she has no idea her life is about to change forever. From the moment she meets Steele?their sinfully sexy leader?she can't deny their fierce attraction. Even though she's completely at his mercy, his eyes soften when he looks at her, and the others in his gang know she's strictly hands off. But the more time she spends with Steele, the more her body insists she wants his powerful hands all over her.

Now she's about to discover a new life on the open road?and what it means to be part of a gang that shares everything. At first their wanton lifestyle shocks her senses?but once she's had a taste of life on the edge, will she ever want to leave?