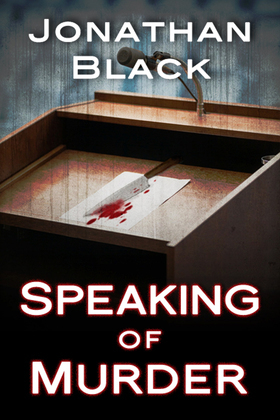 by Jonathan Black (Author)
Excerpt Buy for $4.99
Fiction
warning_amber
One or more licenses for this book have been acquired by your organisation details
After a divorce and an early retirement from newspaper reporting, Hank Fowler?s life is back on trackhe has a girlfriend, steady freelance work, a teaching jobthat is, until he gets a call from his old pal Chris Beckwith. Beckwith, his college roommate and a former drug-addict turned motivational speaker, is found dead not too long after. Following up on Chris?s sudden death, Hank begins to unravel a series of gruesome murders, all involving motivational speakers.

Meanwhile, Rachel, newly divorced and trying to write a book, enrolls in Hank?s writing class. With her help, Hank must track down the killer before the killer tracks him. In this suspenseful and tightly woven narrative, Jonathan Black creates a fast-paced murder mystery for the digital age. An homage to Chicago, Speaking of Murder is a noir whodunnit and a gripping read for lovers of the mystery genre.
Publication date
September 09, 2014
Publisher
Agate Digital
Page count
142
ISBN
9781572844902
Paper ISBN
9781572844902