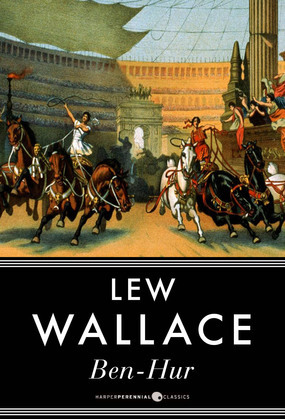 In first century Judaea, Jewish prince Judah Ben-Hur is betrayed by his childhood friend Messala and sentenced to life as a Roman slave. When, during a pirate attack in the Aegean, Ben-Hur saves the life of a galley commander, his fortunes improve and he returns to Galilee a free man. There, his quest for vengeance turns into insurrection, but his life is transformed when he witnesses Christ’s baptism by John the Baptist.

Ben-Hur: A Tale of the Christ, the best-selling novel of revenge and redemption, has been enormously popular since its publication in 1880. Ben-Hur has been translated into multiple languages, and adapted for radio, the stage, and television numerous times. The 1959 MGM movie starring Charlton Heston won eleven Academy Awards, a record it shares with Titanic and The Lord of the Rings: The Return of the King.