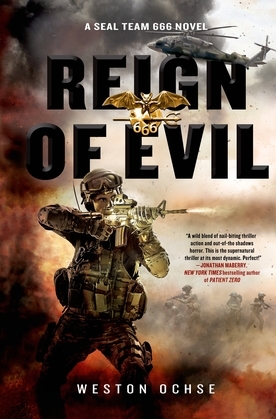 Legend holds that when Britain is in its darkest hour, King Arthur will return to save the country, if not the world. That legend is dead wrong. When a Grove of Druids sacrifice the lives of a group of innocents, including the fiancée of a member of SEAL Team 666, the ancient king is brought back from the dead and sets his sight on subjugating humanity and cleansing his land of all who are not true Britons. Because of political sensitivities, Triple 6 is ordered to stand down, but that order is ignored by one of them seeking his own vengeance. Now, the members of America's elite supernatural-hunting team must decide what is more important: their orders or their loyalty to their own team member.

Film rights to the SEAL Team 666 series were optioned by MGM, and Dwayne "The Rock" Johnson signed on to star in the feature film adaptation!