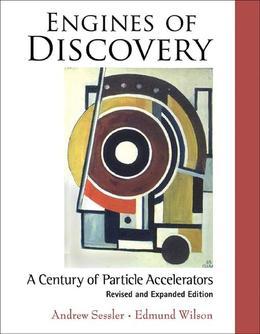 Engines of Discovery: A Century of Particle Accelerators

The first edition of Engines of Discovery celebrated in words, images and anecdotes the accelerators and their constructors that culminated in the discovery of the Higgs boson. But even before the Higgs was discovered, before the champagne corks popped and while the television producers brushed up their quantum mechanics, a new wave of enthusiasm for accelerators to be applied for more practical purposes was gaining momentum. Almost all fields of human endeavour will be enhanced by this trend: energy conservation, medical diagnostics and treatment, national security, as well as industrial processing. Accelerators have been used most spectacularly to reveal the structure of the complex molecules that determine our metabolism and life. For every accelerator chasing the Higgs, there are now ten thousand serving other purposes. It is high time to move from abstract mathematics and philosophy to the practical needs of humankind.

It is the aim of this revised and expanded edition to describe this revolution in a manner which will attract the young, not only to apply their curiosity to the building blocks of matter but to help them contribute to the improvement of the quality of life itself on this planet. As always, the authors have tried to avoid lengthy mathematical description. In describing a field which reaches out to almost all of today's cutting edge technology, some detailed explanation cannot be avoided but this has been confined to sidebars. References guide experts to move on to the journal Reviews of Accelerator Science and Technology and other publications for more information. But first we would urge every young physicist, teacher, journalist and politician to read this book.