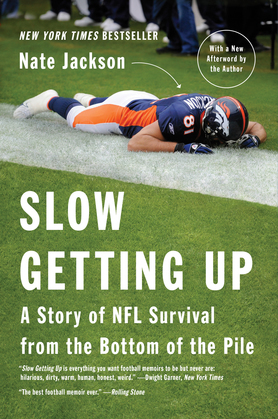 As an unsigned free agent who rose through the practice squad to the starting lineup of the Denver Broncos, Nate Jackson took the path of thousands of unknowns before him to carve out a professional football career twice as long as the average player. Through his story recounted here—from scouting combines to preseason cuts to byzantine film studies to glorious touchdown catches—even knowledgeable football fans will glean a new, starkly humanized understanding of the NFL's workweek. Fast-paced, lyrical, dirty, and hilariously unvarnished, Slow Getting Up is an unforgettable look at the real lives of America's best athletes putting their bodies and minds through hell.