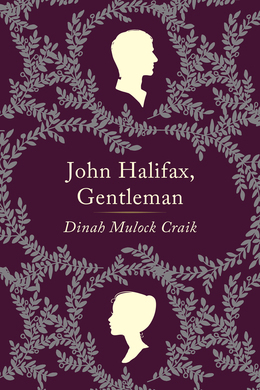 A deluxe Harper Perennial Legacy Edition, with an introduction from Simon Van Booy, nationally best-selling author of Father’s Day and The Illusion of Separateness

A compelling historical novel of a young man’s rise from poverty to wealth in a small provincial town during the Industrial Revolution, now available in a Legacy Edition from Harper Perennial Modern Classics.

Like Charles Dickens’s beloved David Copperfield, John Halifax is an orphan, determined to make his success through honest hard work. He becomes an apprentice to Abel Flecher, a tanner and a Quaker, and is soon befriended by Abel’s invalid son, Phineas, who chronicles John’s success in business and love, rising from the humblest of origins to the pinnacle of wealth made possible by England’s Industrial Revolution.

Dinah Maria Mulock Craik explores the sweeping transformation wrought by this revolutionary technological age, including the rise of the middle class and its impact on the social, economic, and political makeup of the nation as it moved from the eighteenth to the nineteenth century.

This Legacy Edition features a lush design and French flaps.