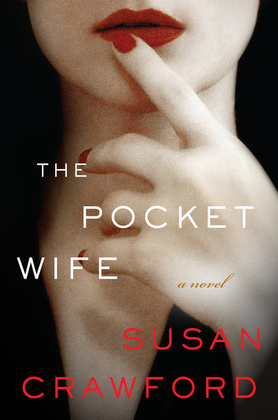 A stylish psychological thriller with the compelling intrigue of The Silent Wife and Turn of Mind and the white-knuckle pacing of Before I Go to Sleep—in which a woman suffering from bipolar disorder cannot remember if she murdered her friend.

Dana Catrell is shocked when her neighbor Celia is brutally murdered. To Dana’s horror, she was the last person to see Celia alive. Suffering from mania, the result of her bipolar disorder, she has troubling holes in her memory, including what happened on the afternoon of Celia’s death.

Her husband’s odd behavior and the probing of Detective Jack Moss create further complications as she searches for answers. The closer she comes to piecing together the shards of her broken memory, the more Dana falls apart. Is there a murderer lurking inside her . . . or is there one out there in the shadows of reality, waiting to strike again?

A story of marriage, murder, and madness, The Pocket Wife explores the world through the foggy lens of a woman on the edge.