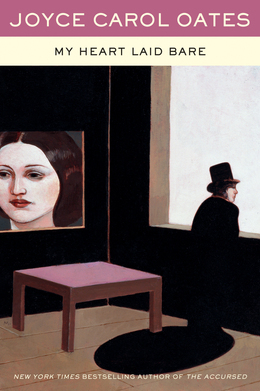 Finally returned to print in a beautiful trade paperback edition, a haunting gothic tale that illuminates the fortunes and misfortunes of a 19th-century immigrant family of confidence artists—a story of morality, duplicity, and retribution that explores the depths of human manipulation and vulnerability

“Oates . . . rarely falters throughout this epic. . . . An American tragedy.”—People

“My Heart Laid Bare shows Oates at her most playful, extravagant and inventive.”—The San Francisco Chronicle

The patriarch of the Licht family, Abraham has raised a brood of talented con artists, children molded in his image, and experts in The Game, his calling and philosophy of life. Traveling from one small town to the next across the continent, from the Northeast to the frontier West, they skillfully swindle unsuspecting victims, playing on their greed, lust, pride, and small-mindedness. Despite their success, Abraham cannot banish a past that haunts him: the ghost of his ancestor Sarah Licht, a former con woman who met with a gruesome fate.

As Abraham moves his family from town to town, involving them in more and more complex and impressive schemes, he finds himself caught between the specter of Sarah and the growing terrors of his present. As his carefully crafted lies and schemes begin to fracture and disintegrate before his eyes, Abraham discovers that the bond of family is as tenuous and treacherous as the tricks he perpetrates upon unsuspecting strangers.