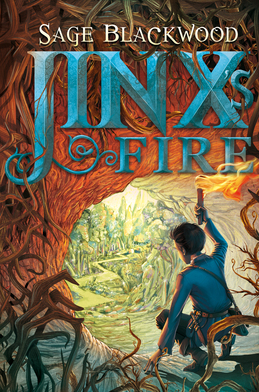 The young wizard Jinx concludes his suspenseful and dryly humorous adventures in the magical forest of the Urwald with this third installment in the series that ALA Booklist says “deserves a permanent place in the children’s fantasy pantheon, with Narnia and Earthsea” (Jinx's Magic, starred review). This action-packed conclusion is perfect for readers of fantasy adventure series such as Septimus Heap, the Sisters Grimm, and Fablehaven.

The forest is under attack and its magic is fading. Can Jinx summon enough of his magic—the bright fire within him—to rescue Simon, defeat the Bonemaster, unite the Urwald, and fight off the invaders? He is the Urwald's only hope. . . .