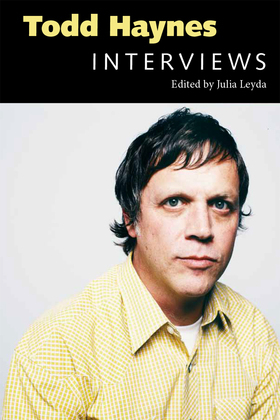 A pioneer of the New Queer Cinema, Todd Haynes (b. 1961) is a leading American independent filmmaker. Whether working with talking dolls in a homemade short (Superstar: The Karen Carpenter Story) or with Oscar-winning performers in an HBO miniseries (Mildred Pierce), Haynes has garnered numerous awards and nominations and an expanding fan base for his provocative and engaging work.

In all his films, Haynes works to portray the struggles of characters in conflict with the norms of society. Many of his movies focus on female characters, drawing inspiration from genres such as the woman’s film and the disease movie (Far from Heaven and Safe); others explore male characters who transgress sexual and other social conventions (Poison and Velvet Goldmine).

The writer-director has drawn on figures such as Karen Carpenter, David Bowie, Iggy Pop, and Bob Dylan in his meditations on American and British music, celebrity, and the meaning of identity. His 2007 movie I’m Not There won a number of awards and was notable for Haynes’s decision to cast six different actors (one of whom was a woman) to portray Dylan.

Gathering interviews from 1989 through 2012, this collection presents a range of themes, films, and moments in the burgeoning career of Todd Haynes.