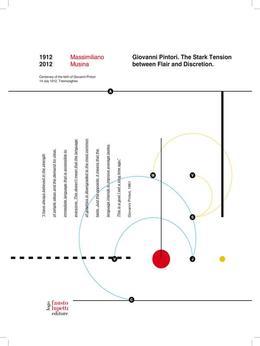 Giovanni Pintori. The Stark Tension between Flair and Discretion.

Giovanni Pintori (Tresnuraghes 1912–Milan 1999) was one of the best-known, widely admired and respected Italian designers worldwide. The winner of sought-after international awards, he designed impressive works that created the Olivetti image and were an emblematic reference in the history of 20th-century design. This book, the only in-depth monographic study of Pintori, investigates his life and career. With over 200 illustrations, it represents the broadest and most detailed examination of the artist’s works, from the best known to some that have never been seen before.