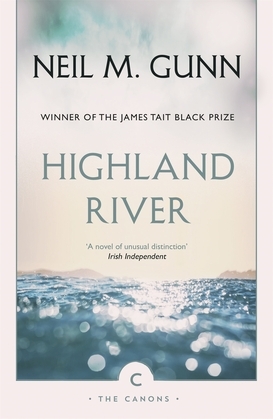 Introduced by Diarmid Gunn. Written in prose as cool and clear as the water it describes, Highland River is one of Neil Gunn's most lyrical and popular novels. Winner of the James Tait Black Memorial prize when first published in 1937, it has over the years become established as one of the greatest pieces of twentieth century Scottish fiction. The 'northern river' of the title is the physical and spiritual focus of the novel and the source to which Kenn, the central character returns. Looking back over his life from the disillusioned thirties, the river becomes symbolic of both what has been lost and what has endured. From an idyllic childhood spent in the Highlands through the terrible slaughter of the First World War, Kenn's reminiscences eventually lead him back to the river that has haunted his imagination for so many years. Its effect on him is profound and the culmination of this poetic masterpiece. 'Looked at either as a saga of the spirit or as a story dressed in all the circumstances of Highland loveliness, Mr Gunn's book has a deep and moving appeal.' Evening Standard 'Highland River is a novel of unusual distinction.' Irish Independent 'The book must be read as one would listen to music . . . scenes are projected with a crystal clarity, sharply defined, with an odd double quality of intense immediacy and a sort of enclosed detachment.' Times Literary Supplement