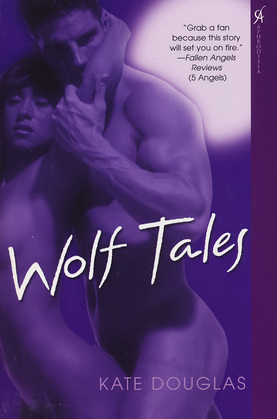 When Alexandria's car goes off the road in a terrible blizzard, she has no idea night will bring a powerful rescuer and the start of an ecstatic sexual awakening. The moment Xandi wakes in Stefan's muscular arms, feels the heat of his body pressing against hers, she feels no fear. Instead, she allows herself to be taken by one who is more than a man, whose primal nature is never far from him. As their connection grows, and as Xandi gradually loses her sensual inhibitions, experiencing pleasures she never dreamed possible, she is drawn deeper into Stefan's mysterious world, meeting the alluring beauty, Keisha, as well as the dominant and sometimes ruthlessly commanding Anton, who can have any man or woman he wants. . .in any way he wishes. . .

They're the Magickal ones. . .vampires, werewolves, witches and fae who dwell among humans, united by extraordinary talents and unbridled sexual powers. . .

Chloe Standish went looking for a one-night stand to erase memories of her cheating ex-and found the hottest sex of her life. A witch and biochemist who's working on a cure for werewolves, Chloe knows all about magic, yet Merek Kingston evoked a spellbinding lust beyond anything she'd ever felt. But now her ex-boyfriend and research partner is dead, his part of the formula in terrorists' hands. . .and the detective in charge is Merek, the same man who's haunted her dreams ever since their frenzied night together.

She comes to him at night in dreams of carnal pleasure. Real or imagined, Mac doesn't know and doesn't care. For his body throbs with a need that only his mystery lover can satisfy. . .

"Taken Between" by Crystal Jordan

Kira lives to protect her queen, but the king's brother is the one who commands her desire. She longs for him with a feral sexuality and ferocious passion she can barely control. . .