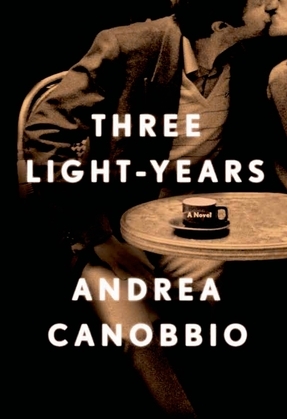 Cecilia and Claudio are doctors are the same hospital. They eat lunch together almost every day; they talk, sometimes even share secrets. Each is enmeshed in a complicated, painful relationship that has technically ended but isn't really over: she is newly separated, with two small children; he's stuck in the apartment building where he grew up, where his senile mother, not to mention his ex-wife and her new family, all still live. Cecilia and Claudio are attracted to each other: magnetically, powerfully. But life has taught them to treat that attraction with suspicion.

Then a chance encounter between Claudio and Cecilia's sister, Silvia, shifts the precarious balance of the relationship between the two colleagues. Claudio begins to recognize the damage caused by his wary stance toward everything around him. He has hidden a hunger for life and experience beneath a veneer of apathy, a mask that also conceals a deep well of anguish. And just when Cecilia comes to the realization that she loves Claudio and is ready to commit to a genuine relationship, fate steps in once again. The complicated tale is unraveled by the son born of this love triangle, a man attempting to understand both himself and his past.
In lucid, enchanting prose, supplely rendering into English by Anne Milano Appel, Andrea Canobbio's Three Light-Years sketches a fable of love poisoned by the indecision born of fear, laying bare the dangers of playing it safe when it comes to matters of the heart.