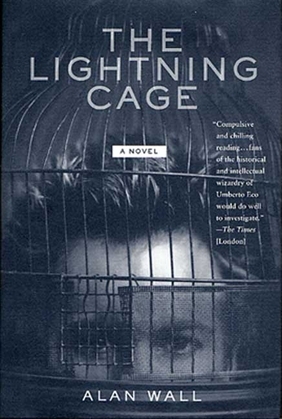 Alan Wall's The Lightning Cage is a gothic, metaphysical novel given the speed and strength of a thriller.

A former seminarian, Christopher Bayliss abandons his studies in Rome and returns to England, determined to be cleansed forever of the contagion of religion and to leave behind his angels as well as his demons. But then something curious starts to happen: his research into an obscure eighteenth-century poet, Richard Pelham, reintroduces into his life those same ghostly whispers and rumors he thought he silenced for good.

And so he flees once more, into a different type of life entirely--he escapes into worldly success. But even still, it seems he cannot escape the mysteries of Richard Pelham. Soon these dark secrets begin to take over his life as insidiously and completely as they took over the poet over two centuries before.