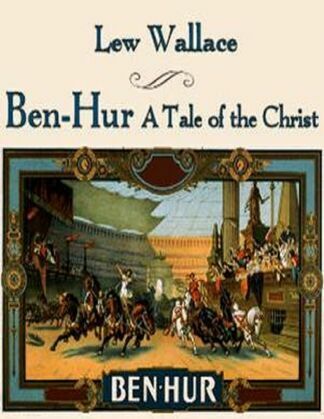 Ben-Hur a Tale of the Christ

Ben-Hur is a story of two very different heroes. Judah Ben-Hur, a prince of Jerusalem, is involved in an accident to the Roman procurator which is taken to be intentional. He is seized and sent to the fleet as a galley-slave, while his family is imprisoned and the family goods confiscated. When Ben-Hur saves the fleet captain from drowning after his ship is sunk in a fight with pirates, that officer adopts him as son and heir. With Roman training, Ben-Hur distinguishes himself in the arena and the palistrae and appears to be on the way to high military command. Wallace's work is part of an important sub-genre of historical fiction set among the characters of the New Testament. The novel was a phenomenal best-seller; it soon surpassed Harriet Beecher Stowe's Uncle Tom's Cabin (1852) as the best-selling American novel and retained this distinction until the 1936 publication of Margaret Mitchell's Gone with the Wind.