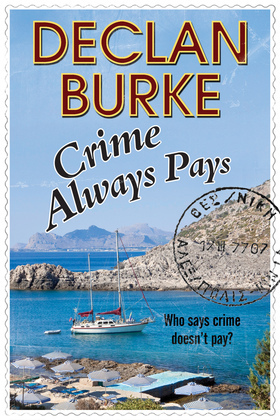 by Declan Burke (Author)
Buy for $10.99 Excerpt
Fiction Mystery & detective
warning_amber
One or more licenses for this book have been acquired by your organisation details

Who says crime doesn't pay? The perpetrators of a botched kidnap make their getaway in this hilarious sequel to The Big O

Karen and Ray are on their way to the Greek islands to rendezvous with Madge and split the fat bag of cash they conned from her ex-husband Rossi when they kidnapped, well, Madge. But they’ve reckoned without Stephanie Doyle, the cop who can’t decide if she wants to arrest Madge, shoot Rossi, or ride off into the sunset with Ray. And then there’s Melody, the wannabe movie director, who’s pinning all her hopes on Sleeps, the narcoleptic getaway driver who just wants to go back inside and do some soft time.