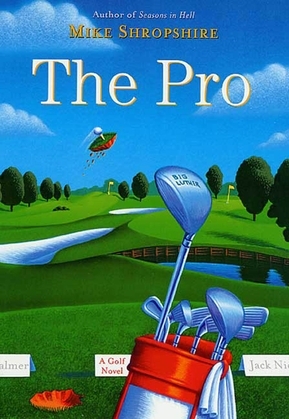 Del Bonnet, a teaching pro at an obscure Florida golf resort, needs a change and needs it badly. Having crossed an ominous threshold--his fiftieth birthday--Bonnet receives frequent communiques from the AARP people. He gazes into the future and sees the prospect of assisted living growing larger by the day.

Serendipity intervenes. A sales rep working out of his station wagon leaves a handmade driver in Bonnet's modest golf shop. The pro privately auditions the driver with astounding results. Bonnet--celebrated for thirty years as the only touring pro to be arrested on the course during a PGA event--is quickly convinced that he has secured possession of no mere golf club, but a sword of salvation. So armed, he decides to embark on the PGA Seniors Tour.

Thus the formation of a strange triumvirate known as Team Del, consisting of the pro, the golf club that soon becomes dubbed "Big Luther," and a caddie, Doublewide McBride. Bonnet soon learns that the caddie is long on off-the-wall intuitions, short on behavioral graces recommended by Emily Post.

While the misadventures of Team Del might not serve as a tribute to the memories Hagen and Hogan, the events detailed in Michael Shropshire's The Pro stand out as perhaps the most hilarious odyssey in the modern annals of sports fiction.