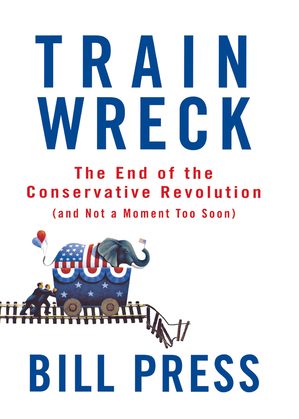 Trainwreck: The End of the Conservative Revolution (and Not a Moment Too Soon)

One of America's best-known progressive commentators reveals that, far from betraying conservative ideals, George W. Bush's administration has behaved exactly as anyone would expect of a group that believes government is evil and always doomed to failure. Bill Press demonstrates that conservative positions have remained consistently wrong, and that, from its inception, the movement was dedicated to tearing things down, not building them up. Trainwreck will convince you that the conservative movement has remained on track for decades-and that, from the beginning, those tracks were headed for disaster.