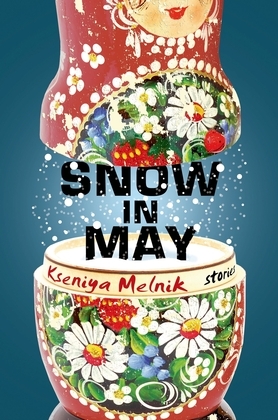 A "ruminative...lovely...accomplished" (The New York Times Book Review) and "touching" (The Seattle Times) debut collection of stories that "sparkles with the brilliance and charm of Chekhov." (Simon Van Booy, award-winning author of Love Begins in Winter and The Illusion of Separateness)

Kseniya Melnik's Snow in May introduces a cast of characters bound by their relationship to the port town of Magadan in Russia's Far East, a former gateway for prisoners assigned to Stalin's forced-labor camps. Comprised of a surprising mix of newly minted professionals, ex-prisoners, intellectuals, musicians, and faithful Party workers, the community is vibrant and resilient and life in Magadan thrives even under the cover of near-perpetual snow. By blending history and fable, each of Melnik's stories transports us somewhere completely new: a married Magadan woman considers a proposition from an Italian footballer in '70s Moscow; an ailing young girl visits a witch doctor's house where nothing is as it seems; a middle-aged dance teacher is entranced by a new student's raw talent; a former Soviet boss tells his granddaughter the story of a thorny friendship; and a woman in 1958 jumps into a marriage with an army officer far too soon.
Weaving in and out of the last half of the twentieth century, Snow in May is an inventive, gorgeously rendered, and touching portrait of lives lived on the periphery where, despite their isolation--and perhaps because of it--the most seemingly insignificant moments can be beautiful, haunting, and effervescent.a