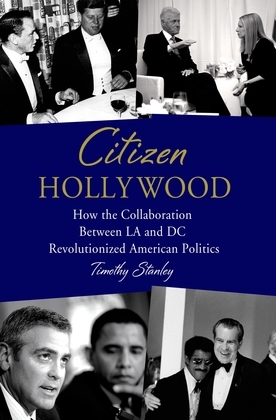 To most Americans, Hollywood activism consists of self-obsessed movie stars promoting their pet causes, whether defending marijuana legalization or Second Amendment rights. There's some truth in that stereotype, and in this book you'll find the close personal friends of Fidel Castro, the wannabe cowboys, and the ever-ubiquitous Barbra Streisand. But Citizen Hollywood makes a far more serious case--that Hollywood's influence in Washington runs deeper and affects the country's government more than most of us imagine.

Celebrity activism exerts a subtle power over the American political process, and that pressure is nothing new. Through money, networking, and image making, the movie industry has shaped the way that politics works for nearly a century. It has helped to forge a culture that is obsessed with celebrity and spectacle.

In return, politicians have become part of the fabric of Hollywood society and cater to the wishes of their new-found friends and fund-raisers.

Using original archival research and exclusive interviews with stars, directors, producers, and politicians from both parties, Timothy Stanley's Citizen Hollywood shows that the only way to understand the image-obsessed, volatile politics of modern America is to understand the hidden history of Hollywood's influence on Washington.