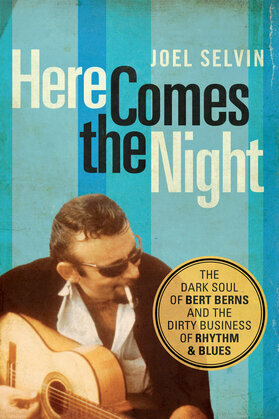 The Dark Soul of Bert Berns and the Dirty Business of Rhythm and Blues
by Joel Selvin (Author)
Buy for $16.99 Excerpt
Nonfiction Arts Music History & criticism
warning_amber
One or more licenses for this book have been acquired by your organisation details

"I don't know where he's buried, but if I did I'd piss on his grave." —Jerry Wexler, best friend and mentor

Here Comes the Night: Bert Berns and the Dirty Business of Rhythm and Blues is both a definitive account of the New York rhythm and blues world of the early '60s, and the harrowing, ultimately tragic story of songwriter and record producer Bert Berns, whose meteoric career was fueled by his pending doom. His heart damaged by rheumatic fever as a youth, doctors told Berns he would not live to see twenty–one. Although his name is little remembered today, Berns worked alongside all the greats of the era—Jerry Leiber and Mike Stoller, Ahmet Ertegun and Jerry Wexler, Burt Bacharach, Phil Spector, Gerry Goffin and Carole King, anyone who was anyone in New York rhythm and blues. In seven quick years, he went from nobody to the top of the pops—producer of monumental R&B classics, songwriter of "Twist and Shout," "My Girl Sloopy" and others.

His fury to succeed led Berns to use his Mafia associations to muscle Atlantic Records out of a partnership and intimidate new talents like Neil Diamond and Van Morrison he signed to his record label, only to drop dead of a long expected fatal heart attack, just when he was seeing his grandest plans and life's ambitions frustrated and foiled.