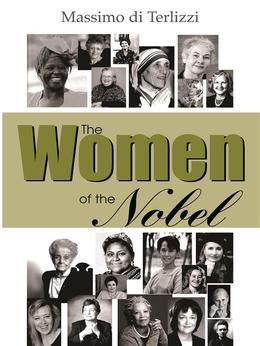 The Women of the Nobel

by Massimo di Terlizzi (Author)
Excerpt Buy for €4.99
Nonfiction Biography & autobiography Women Literary Science & technology
warning_amber
One or more licenses for this book have been acquired by your organisation details

Forty-four women. Forty-four stories of incredible lives, each different from the other, but linked by the same leitmotif of excellence, perseverance and passion. This book aims at being a homage to all the women whose revolutionary discoveries and works have forever changed the history of humankind. It is for that reason, that they received the most prestigious prize of all - the Nobel Prize.
By reading these biographies, you can feel to what extent society has changed from the beginning of the twentieth century to today. You will also understand how complicated it was for women born at the turn of the century to enter higher education and to be considered by their male colleagues. Unfortunately, in many fields, this attitude is still present and stronger than ever. Proportionally, only a small percentage of women have received the Swedish medal, a sign that the path to gender equality is still long. Many of them had to fight to establish themselves and make their talent known, often going against their families who saw them exclusively as wives and mothers. But they believed in themselves, had a dream, and with determination overcame every difficulty.
Notwithstanding their work, all of these women, scientists, writers, organizers and spokeswomen demonstrate that with perseverance and an openness towards others, you can get where you want. As the great Rita Levi-Montalcini (Nobel Prize in Medicine) said, "The key to human existence is not love, but curiosity".