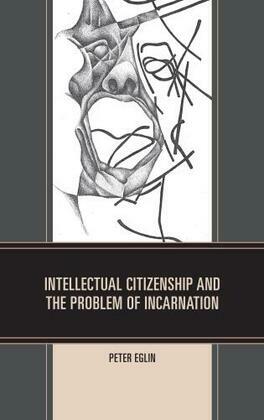 Intellectual Citizenship and the Problem of Incarnation

“Who has the right to know?” asks Jean-Francois Lyotard. “Who has the right to eat?” asks Peter Madaka Wanyama. This book asks: “what does it mean to be a responsible academic in a ‘northern’ university given the incarnate connections between the university’s operations and death and suffering elsewhere?” Through studies of the “neoliberal university” in Ontario, the “imperial university” in relation to East Timor, the “chauvinist university” in relation to El Salvador, and the “gendered university” in relation to the Montreal Massacre, the author challenges himself and the reader to practice intellectual citizenship everywhere from the classroom to the university commons to the street. Peter Eglin argues that the moral imperative to do so derives from the concept of incarnation. Here the idea of incarnation is removed from its Christian context and replaced with a political-economic interpretation of the embodiment of exploited labor. This embodiment is presented through the material goods that link the many’s compromised right to eat with the privileged few’s right to know.