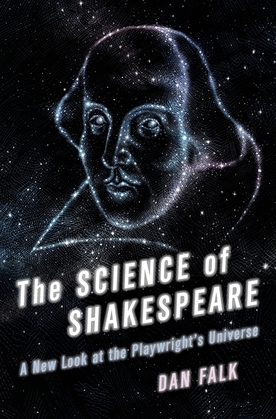 The Science of Shakespeare

William Shakespeare lived at a remarkable time?a period we now recognize as the first phase of the Scientific Revolution. New ideas were transforming Western thought, the medieval was giving way to the modern, and the work of a few key figures hinted at the brave new world to come: the methodical and rational Galileo, the skeptical Montaigne, and?as Falk convincingly argues?Shakespeare, who observed human nature just as intently as the astronomers who studied the night sky.
In The Science of Shakespeare, we meet a colorful cast of Renaissance thinkers, including Thomas Digges, who published the first English account of the "new astronomy" and lived in the same neighborhood as Shakespeare; Thomas Harriot?"England's Galileo"?who aimed a telescope at the night sky months ahead of his Italian counterpart; and Danish astronomer Tycho Brahe, whose observatory-castle stood within sight of Elsinore, chosen by Shakespeare as the setting for Hamlet?and whose family crest happened to include the names "Rosencrans" and "Guildensteren." And then there's Galileo himself: As Falk shows, his telescopic observations may have influenced one of Shakespeare's final works.
Dan Falk's The Science of Shakespeare explores the connections between the famous playwright and the beginnings of the Scientific Revolution?and how, together, they changed the world forever.