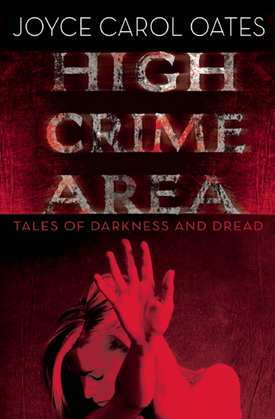 by Joyce Carol Oates (Author)
Fiction Occult & Supernatural American and Canadian literature
Joyce Carol Oates is an unparalleled investigator of human flaws. In these eight stories, she deftly tests the bonds between damaged individuals—a brother and sister, a teacher and student, two strangers on a subway—in the fearless prose for which she’s become so celebrated.

In the title story “High Crime Area,” a white, aspiring professor is convinced she is being followed. No need to panic, she has a handgun stowed away in her purse—just in case. But when she turns to confront her black, male shadow, the situation isn’t what she expects. In “The Rescuer,” a promising graduate student detours to inner city Trenton, New Jersey to save her brother from a downward spiral. But she soon finds out there may be more to his world than to hers. And in “The Last Man of Letters,” the world-renowned author X embarks on a final grand tour of Europe. He has money, fame, but not a whole lot of manners. A little thing like etiquette couldn’t bring a man like X down, could it?