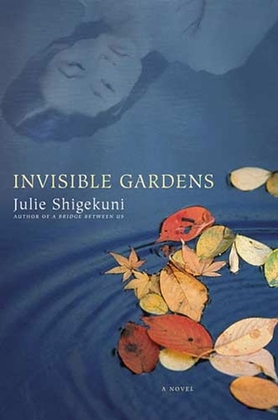 In this long-awaited follow-up to her acclaimed debut novel, A Bridge Between Us, Julie Shigekuni offers a beautiful and disturbing look at the intimacy and isolation, desire and despair that haunt a young woman's life.

Invisible Gardens is the story of Lily Soto, a thirty-five-year-old Japanese-American woman, who, despite two young children, a stable marriage, and a teaching career based on a book she has finally completed, feels her life is falling apart. An extended stay by her aging father brings back painful memories of her dead mother?and amplifies how a family legacy has infiltrated Lily's perfectly constructed, but painfully flawed, life. As Lily struggles to meet the daily needs of her children, her husband, her father, and her career, and in an attempt to avert her attention from what is troubling her, she begins an affair with a male colleague. It's this illicit relationship that challenges Lily either to abandon her most intimate relationships or to approach her life with renewed insight.

In lyrical and precise prose, the novel examines the forces that women in their thirties face?forces that for Lily may mean not only the end of her own happiness but, more important, the dissolution of her marriage and her family.