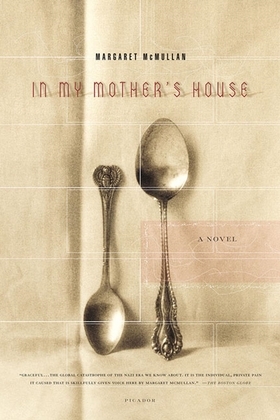 In My Mother's House

In My Mother's House is a beautiful, haunting, and elegantly crafted novel about a daughter's obsession to understand her mother's staunch commitment to silence about their family's experiences during World War II Vienna--and how they were able to escape.

Told in alternating voices (Elizabeth and her mother Jenny), the story is remarkable for its fullness and rich details: the pieces of family silver the grandmother mails to the family, piece by piece, over the years; Jenny's war-time memories of her uncle's viola d'amore lessons; the fragrant smell of the wood floors at the Hofzeile, the family's longstanding yellow home in Vienna.

As Elizabeth begins to fill the gaps of Jenny's troubled memory, she stumbles upon a family secret that ultimately reveals how it is that we inherit the things we do, from one generation to the next.

In My Mother's House is a poignant look at a family struggling to regain what took them generations to build and at what cost. It's an emotional, expertly told novel that proves that Margaret McMullan will soon join the ranks of writers such as Anita Shreve and Carol Shields.