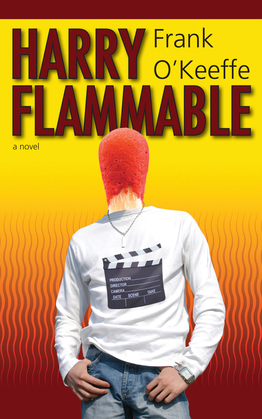 by Frank O'Keeffe (Author)
Buy for $8.99 Excerpt
Fiction Juvenile & young adult Themes Boys & men Social situations Adolescence
warning_amber
One or more licenses for this book have been acquired by your organisation details

Despite a disastrous attempt at driving a bike through a burning refrigerator box in second grade, high schooler Harry Flanagan never gives up his goal of becoming a movie star or at least a stuntman. However, since the bicycle episode, it seems as if fires pop up everywhere Harry goes, earning him the infamous nickname of "Harry Flammable."

Now a shed at Harry’s school has been set on fire, destroying Work Experience Counsellor Shamberg’s new mountain bike – and Harry’s charred cap was found at the scene. Harry’s dream Work Experience placement with Pocket Money Pictures is given to another student, and Harry is forced to take a position with Chef Antonio at the restaurant in The Ritz, the hotel Pocket Money Pictures’ staff is staying at while filming a historical adventure flick set in China.

Will Harry find a new way into the movie of his dreams, or will he be forced to endure a placement he hates and an inevitable kitchen fire … or two?