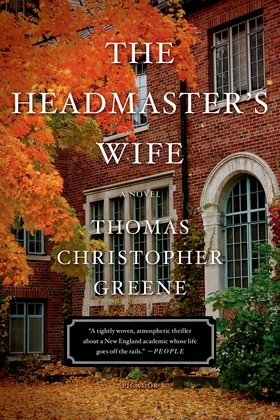 An immensely talented writer whose work has been described as "incandescent" (Kirkus) and "poetic" (Booklist), Thomas Christopher Greene pens a haunting and deeply affecting portrait of one couple at their best and worst.

Inspired by a personal loss, Greene explores the way that tragedy and time assail one man's memories of his life and loves. Like his father before him, Arthur Winthrop is the Headmaster of Vermont's elite Lancaster School. It is the place he feels has given him his life, but is also the site of his undoing as events spiral out of his control. Found wandering naked in Central Park, he begins to tell his story to the police, but his memories collide into one another, and the true nature of things, a narrative of love, of marriage, of family and of a tragedy Arthur does not know how to address emerges. Luminous and atmospheric, bringing to life the tight-knit enclave of a quintessential New England boarding school, the novel is part mystery, part love story and an exploration of the ties of place and family. Beautifully written and compulsively readable, The Headmaster's Wife stands as a moving elegy to the power of love as an antidote to grief.
"A truly remarkable novel, I read the second half of The Headmaster's Wife with my mouth open, my jaw having dropped at the end of the first half. Thomas Christopher Greene knows how to hook a reader and land him." --Richard Russo, Pulitzer Prize winning author of Empire Falls

"An accomplished and artful storyteller, Greene has surprises in store as he unspools a plot that becomes as poignant as it is unpredictable." --Wally Lamb, New York Times bestselling author of The Hour I First Believed