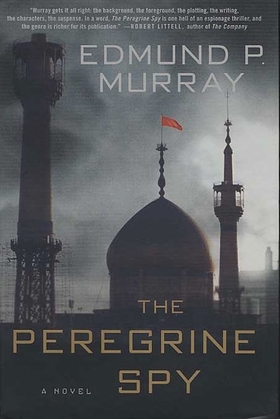 Frank Sullivan, an occasional contract employee of the CIA, has been recruited again--this time for work in an Iran where the Islamic revolution of 1978-79 is already well underway.

Frank's assignment is to work for the Agency under US Air Force cover while officially serving as a propaganda adviser to the Iranian military. As Frank conflicts with an agency bureaucracy seeking field reporting that justifies Washington's already-determined conclusions, he gains a growing awareness of the inadequacy of American intelligence on the revolution's real nature. And as he witnesses the overrunning of the American embassy by militants, he realizes how intertwined his job has become with his life.

Trying to survive a chaotic civil war is the least of Frank's problems as he becomes involved in efforts to recruit a high-level Russian KGB agent and to learn the identity of a mole back at Agency headquarters. But the closer he gets to the objects he pursues, the more likely it becomes that he won't make it out alive.

Set during the final days of the Shah and the consolidation of power under Ayatollah Khomeini, Edmund P. Murray's The Peregrine Spy is a stunning novel of a time and place that has never left the public conscious. It is also a keenly told story of the inner workings of the CIA and the extent of its reach.