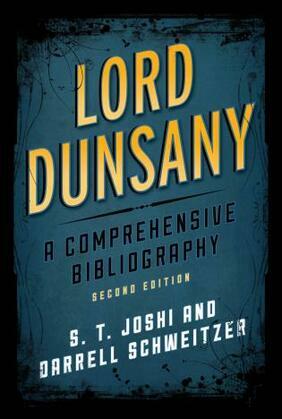 Anglo-Irish writer Lord Dunsany (1878–1957) was a pioneering writer in the genre of fantasy literature and the author of such celebrated works as The Book of Wonder (1912) and The King of Elfland’s Daughter (1924). Over the course of a career that spanned more than five decades, Dunsany wrote thousands of stories, plays, novels, essays, poems, and reviews, and his work was translated into more than a dozen languages. Today, Dunsany’s work is experiencing a renaissance, as many of his earlier works have been reprinted and much attention has been paid to his place in the history of fantasy and supernatural literature.

This bibliography is a revision of the landmark volume published in 1993, which first charted the full scope of Dunsany’s writing. This new edition not only brings the bibliography up to date, listing the dozens of new editions of Dunsany’s work that have appeared in the last two decades and the wealth of criticism that has been written about him, but also records many obscure publications in Dunsany’s lifetime that have not been previously known or identified. In all, the bibliography has been expanded by at least thirty percent. Among this new material are dozens of uncollected short stories, newspaper articles, and poems, and many books, essays, and reviews of Dunsany’s work published over the past century.

Altogether, this bibliography is the definitive listing of works by and about Dunsany and will be the foundation of Dunsany studies for many years to come.