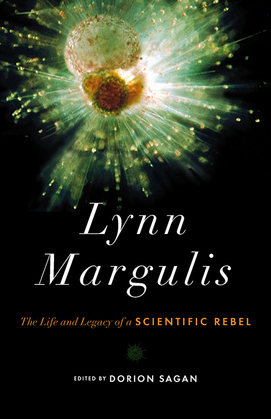 Lynn Margulis: The Life and Legacy of a Scientific Rebel

Tireless, controversial, and hugely inspirational to those who knew her or encountered her work, Lynn Margulis was a scientist whose intellectual energy and interests knew no bounds. Best known for her work on the origins of eukaryotic cells, the Gaia hypothesis, and symbiogenesis as a driving force in evolution, her work has forever changed the way we understand life on Earth.

When Margulis passed away in 2011, she left behind a groundbreaking scientific legacy that spanned decades. In this collection, Dorion Sagan, Margulis's son and longtime collaborator, gathers together the voices of friends and colleagues to remark on her life and legacy, in essays that cover her early collaboration with James Lovelock, her fearless face-off with Richard Dawkins during the so-called "Battle of Balliol" at Oxford, the intrepid application of her scientific mind to the insistence that 9/11 was a false-flag operation, her affinity for Emily Dickinson, and more.

Margulis was elected to the National Academy of Sciences in 1983, received the prestigious National Medal of Science in 1999, and her papers are permanently archived at the Library of Congress. Less than a month before her untimely death, Margulis was named one of the twenty most influential scientists alive - one of only two women on this list, which include such scientists as Stephen Hawking, James Watson, and Jane Goodall.