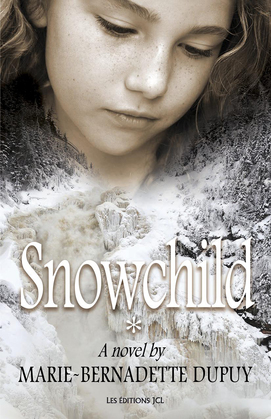 by Marie-Bernadette Dupuy (Author), Kyle Mooney (Translator)
Buy for $19.99 Excerpt
Fiction Historical Romance Historical Christian Romance
warning_amber
One or more licenses for this book have been acquired by your organisation details

The Epiphany, 1916.
On an unforgivingly cold winter?s night in Val-Jalbert, Lac-Saint-Jean, a twelve month-old child, wrapped in furs, is discovered by a nun from the convent school. The discovery of this abandoned girl, possibly afflicted by the dreaded chicken pox, deeply upsets the nuns from Notre-Dame-Bon-Conseil who have just taken on their teaching duties. Val-Jalbert, a small factory-town built at the foot of the Ouiatchouan River, is run by the pulp and paper company. The villagers are hard-working and have everything they need. Life in Val Jalbert flows in an orderly fashion, morally irreproachable.

The child of the night increasingly disrupts the nuns and their neighbors, the Marois family, who eventually take her in. But where does Marie-Hermine, with eyes so blue, come from? Why did her parents drop her off like a heavy burden on the steps of the convent school? Over the years, the orphan girl will become affectionately known as ??the Winter Nightingale?? because of her extroardinary voice, and she will become the pride of the factory village which is later abandoned, doomed after the closure of the industry in 1927. Homes are now empty, gardens left unattended, and the nuns leave the barren village. During these unfortunate incidents, Marie-Hermine?s past resurfaces and jealousies erupt, such as the love of a young metis named Toshan, encountered during a trip to Lac-Saint-Jean.