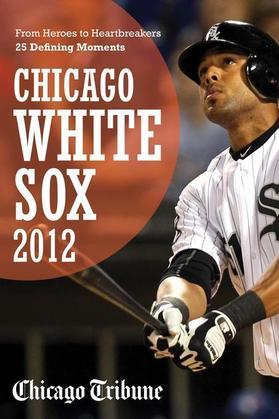 by Chicago Tribune Staff (Author)
Excerpt
Nonfiction Nature, recreation and sports Sports & recreation Baseball
warning_amber
One or more licenses for this book have been acquired by your organisation details
The 2012 season of the Chicago White Sox began with few expectations and even fewer hopes of success. As proof, team captain Paul Konerko toed traditionally shaky ground in Chicago by suggesting the White Sox didn't have to make the playoffs in order to have a successful season. (Even on the north side of town it's rare to see any member of the Chicago Cubs, perennial losers committed to a lengthy rebuilding process, downplay the significance or possibility of a playoff berth so forthrightly.)

To the amazement of fans, division rivals, and baseball enthusiasts across the country, however, the White Sox spent much of the season atop the AL Central. Using strong contributions from three comeback player of the year candidates—Alex Rios, Adam Dunn, and Jake Peavy—as well as solid pitching and defense, the White Sox cobbled together enough winning streaks to be leading their division by the All-Star break.

Rookie manager Robin Ventura, who had no previous managerial experience at any level, maintained a composure and focus throughout the season that was matched by his business-as-usual ballclub. While the season was filled with feel-good stories, it eventually was defined by a gut-wrenching slide in the final weeks of September when the White Sox squandered a three-game division lead with 3 weeks left in the season. Ultimately, the Detroit Tigers beat out the Sox for a playoff berth and the South Side boys of summer were forced to spend the fall thinking about what might have been.

Comprised of articles from the Chicago Tribune's season-long coverage of the team, this book brings the heartbreaking story of the 2012 Chicago White Sox to readers with its insightful, award-winning sports reporting and commentary. Fans can relive the excitement of a team no one expected to compete and determine just what went wrong at season's end, as told through the trusted voices and beautiful photography of the Chicago Tribune staff.
Format
EPUB
Protection
DRM Protected
Publication date
December 11, 2012
Publisher
Agate Digital
Page count
100
ISBN
9781572844087
Paper ISBN
9781572844087
649304
item