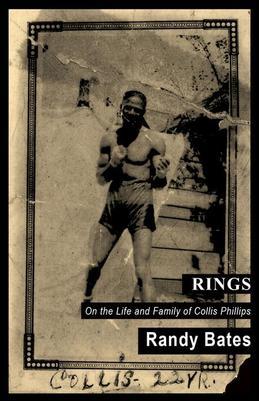 Rings: On the Life and Family of a Southern Fighter

by Randy Bates (Author)
Nonfiction Nature, recreation and sports Sports & recreation Boxing Biography & autobiography Adventurers & explorers Sports
In this momentous debut, Randy Bates finds in the daily lives of one American family the pathos and drama we usually associate with the finest fiction. Rings is strict, however, in presenting only actual people and incidents. The book takes as its protagonist Collis Phillips, a black man who, one generation away from slavery managed to turn a youth of caddying:, shoe shining, and running bootlegged whiskey into a career as a successful boxer in New Orleans during the days of Jim Crow. But by the time Randy Bates, a young white man, first met him in 1979 Collis Phillips was facing more difficult obstacles. Shot and seriously injured by one of his daughters while at the top of his game as a trainer, Phillips had endured the suicide of one son and the long-term incarceration of two others in the Louisiana State Penitentiary at Angola, one of the most dangerous maximum security prisons in the country.

Over the next ten years Randy Bates followed Collis Phillips, his children, grandchildren, great-grandchildren, and even great-great-grandchildren, not only as a biographer but as a friend. After his first-hand experience of boxing in the gym Bates watched the Phillipses triumph in the ring; later, he sat at the trials of two generations of Phillips men and attended the funerals of others. He saw at close range the acute rigors of poverty, racism, and neglect; and he witnessed, too the strength and resilience of a family that has suffered and survived.

Like James Agee's Let Us Now Praise Famous Men, Rings finds the heart of American heroism in people who have had little chance to stake their claim to the American dream. With a historian's eye for detail and a poet's graceful style, Randy Bates has written a shattering, multigenerational saga of urban American life.

This revised edition of Rings includes an Afterword written by the author in 2013.

This book is not a tour but a journey; its end as uncertain as its departure, its passage supremely moving and revealing ...RINGS is a book of quixotic fidelity. It has a quixotic wackiness, as well. But as in [Cervantes'] book that the adjective comes from, it is wackiness in the service of revelation.
—Richard Eder, The Los Angeles Times BOOK REVIEW

This is more than a boxing book. It is a well-crafted narrative about American ghetto life and the impact of racism on the lives of many black Americans .... Highly recommended
—Library Journal(starred review)