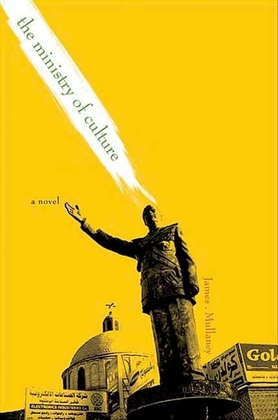 The Ministry of Culture

In his debut novel, James P. Mullaney brilliantly portrays the lives of two men, one an American and the other an Iraqi, each caught up in the turmoil of the Iran-Iraq war. Over the course of just a few days, each will seek a way to change the course of a violent conflict that has irrevocably altered their futures.

Journalist Michael Young has come to Baghdad to cover the war and the seemingly relentless pattern of violence in Iraq. His return has also given him the chance to reunite with Daniella, a British-Iraqi journalist whose family history has drawn her back to a city that offers her only danger and distrust.

Ibrahim Galeb al-Mansur has devoted his life to the study of art. But the government's repression and paranoia have destroyed his family and silenced his talents. Forced to paint the enormous murals of Iraqi President Saddam Hussein that appear throughout the country, he finds refuge each night among insurgents plotting the overthrow of the brutal dictator.

The Ministry of Culture is a compelling, sometimes unsettling look at the history of Iraqi politics, the complicity of Western governments, and the universal question of how much a person can endure -- and what is art's worth -- amidst the violence of war.