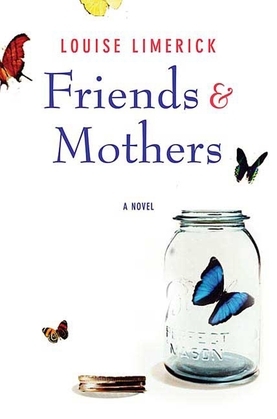 "Never again will you walk past a group of moms having coffee and cake without dying to know what's going on beneath the surface."
---The Sydney Morning Herald

Five women, all of them mothers, meet regularly for tea and cake. Their lives are consumed by children, school drop-offs, and casual conversations; so their respite at the Vista Cafe is a welcome retreat.

Until the day that Evelyn's baby disappears.

Suffering severe postpartum depression, Evelyn is now in a psychiatric hospital refusing to utter a word---not even any information regarding the whereabouts of her newborn daughter, Amy---leaving her remaining four friends at a loss. In her absence, they begin to piece together Evelyn's life, as a mother and as a woman, and start to take a look at their own lives. What ensues is each woman's uncovering of her own lapsed desires---those dreams and wants that were slowly sidelined or put off for a later date as husband, marriage, and child-rearing became full-time occupations.

Joanna confronts her halfhearted efforts to lose the baby weight from her second child, Sam, who is now three years old. Clare's lifestyle is as unkempt as her hair, a fact that usually has her buying the newest day planner but now makes her question her early beginnings as an artist. Susan is the stereotypical supermom who is never late to pick up her kids, yet she cannot seem to take the same charge when it comes to her own life. And Wendy, though the quietest among them, perhaps has the biggest secrets.

In a darkly humorous manner, guilty secrets and lives are entwined as the suspense builds during the desperate search for Evelyn's missing daughter. Louise Limerick's Friends & Mothers is a vivid and honest portrayal of real motherhood and the challenges and joys that face the women who occupy this role---a contemporary story of the extraordinary strength of love.

"A great read . . . [Limerick's] depictions of the minutiae of raising children are lovingly realistic but not overly sentimental."
---The Age (Australia)

"Where Limerick's writing shines is in her buoyant evocation of the sticky, constant, exasperating, and loving realm of small children and their careers. There are many such delicious scenes in this novel."
---The Weekend Australian

"Limerick has a real knack for capturing the small triumphs and tragedies of everyday life . . . a passion and a tenderness for her characters that won us over."
---The Sydney Morning Herald