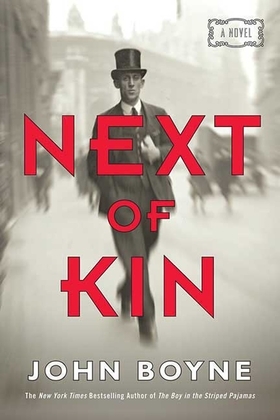 John Boyne has been heralded as "one of the most imaginative and adventurous of the young Irish novelists working today" by the Irish Independent. He achieved bestseller status and won numerous awards worldwide for The Boy in the Striped Pajamas. Now in Next of Kin, he steps into the drawing rooms and private clubs of the prewar English aristocracy to offer an unobstructed view of a social elite driven by the conflicting desires to uphold tradition and to acquire vast wealth.

It is 1936, and London is abuzz with gossip about the affair between Edward VIII and Mrs. Simpson. But the king is not the only member of the aristocracy with a hard decision to make. Owen Montignac, the handsome and charismatic scion of a wealthy family, is anxiously awaiting the reading of his late uncle's will, for Owen has run up huge gambling debts and casino boss Nicholas Delfy has given him a choice: Find 50,000 pounds by Christmas or find yourself six feet under. So when Owen discovers that he has been cut out of the will in favor of his cousin Stella, he finds that even a royal crisis can provide the means for profit, and for murder.

Next of Kin vividly captures the spirit of 1930s London, revealing the secrets of the upperclass, complete with gambling, murder, an art heist, and a conspiracy to unseat the new king that could change the future of the country.