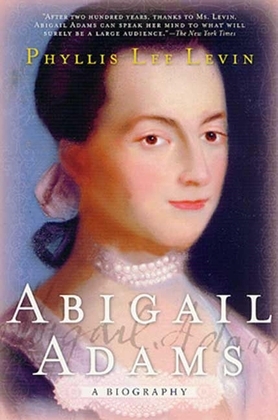 Wife of one president and mother of another, Abigail Adams was an extraordinary woman living at an extraordinary time in American history. A tireless letter writer and diarist, her penetrating and often caustic impressions of most of the major persons of her day--including Ben Franklin, George and Martha Washington, Thomas Jefferson, Alexander Hamilton, and King George III, among others--provide one of the best first-hand accounts of the American Revolution. This biography, researched and written over a fourteen-year period, is a fascinating portrait of a brilliant woman at the center of the founding of the American republic.