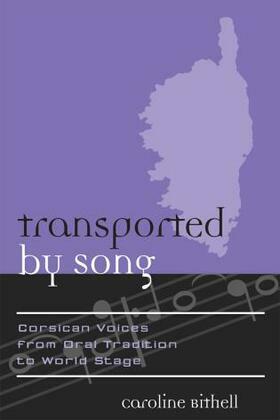 by Caroline Bithell (Author)
Buy for $79.50 Excerpt
Nonfiction Arts Music Ethnomusicology Reference
warning_amber
One or more licenses for this book have been acquired by your organisation details

The traditions of the Mediterranean island of Corsica have been well preserved and revitalized, yet little has been written about it in scholarly circles. This work represents the first treatise on Corsican music in the English language. Transported by Song: Corsican Voices from Oral Tradition to World Stage chronicles the evolution of Corsican music from the early 20th century to the present, charting its progression from the world of oral tradition to a vibrant new performance culture maintained by an expanding cohort of cosmopolitan players. Drawing on extensive fieldwork, comprehensive interviewing, and close observation of Corsican affairs, author Caroline Bithell maps out the social, cultural, economic, and political climate of Corsica in the 20th and early 21st centuries, offering insights into the way French cultural policy, decentralization legislation, and EU funding structures have impacted musical activity on the island. Key issues are explored through case studies of Corsican performing groups, allowing the reader to appreciate the musicians' inspirations and intentions, their ability to balance local and cosmopolitan frames of reference, and the relation of their new output to 'traditional' idioms and procedures. The book also offers new perspectives on debates about music and ethnicity and gender dynamics, and explores the use of modern technology in an oral idiom, and the psycho-physiological and transcendental experiences associated with polyphonic singing. Well researched and comprehensively written, Transported by Song also includes musical transcriptions, a glossary, discography, filmography, and bibliography.