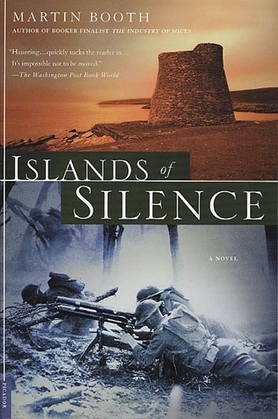 Islands of Silence is the story of the young Alec Marquand, who in the summer of 1914 has just graduated from college with a degree in archaeology. He has been hired by the lord of a remote country estate in the Scottish Highlands to survey the ancient Stone Age brochs that lie on his property.

Once there Alec comes upon a small island which is called Eilean Tosdach--the Island of Silence. What Alec discovers on that island changes him forever. And just as Alec makes his amazing find, he is shipped off to war . . . a war he does not want to fight, but one in which he ends up as a medic aboard a ship ready to storm the beaches of Gallipoli.

A brilliantly crafted novel in the tradition of All's Quiet on the Western Front and The Ghost Road, Islands of Silence is a tour through one man's hell in search of a path for redemption.