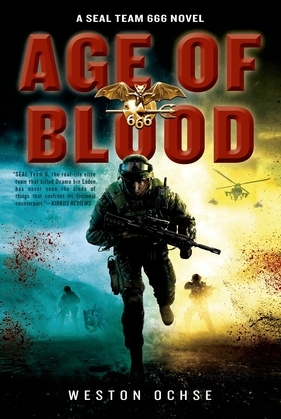 When a Senator's daughter is kidnapped by a mysterious group with ties to the supernatural . . . it's clearly a job for SEAL TEAM 666. As Triple Six gets involved, they discover links to the Zeta Cartel, a newly discovered temple beneath Mexico City, and a group known as Followers of the Flayed One. International politics, cross-border narco-terrorism, and an insidious force operating inside the team soon threaten to derail the mission. Forced to partner with several militant ex-patriots and a former Zeta hitman-turned-skinwalker, Triple Six is the world's only hope to stop the return of the Age of Blood.